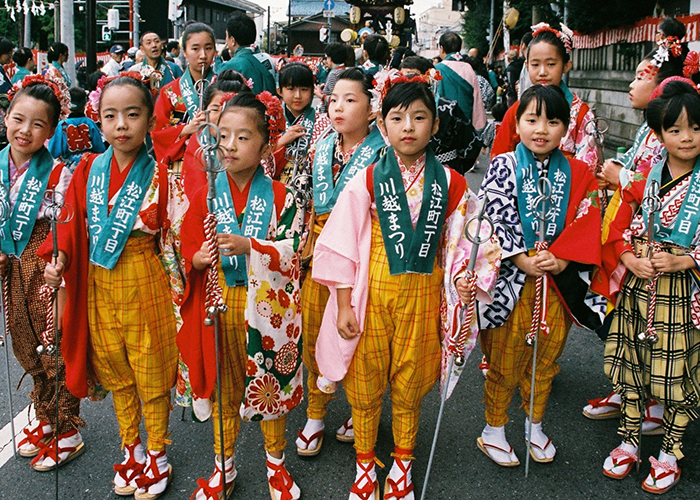 In the Edo period, many big festivals took place in Edo, and the festival served to unify the minds of the people, borrowing the “gods’ power” for such a purpose.
Thus, the festival had an important role in politics, building autonomous organizations in local communites.

And a festival is an intersection point of the past, present and future.
We who now participate in the festival should appreciate our seniors and our ancestors who went before us.
We also have to think how to develop the current festival and pass on the heritage to the next generation.
We value the invisible but vital past and hand it over to the future. This is the power of the festival, and why we preserve this important event.

Kawagoe was a town where the trends of Edo were introduced “in real time,” and even now you can feel the atmosphere of Edo.
We hope you enjoy the feel of such a town along with the festival.
--

The Kawagoe Hikawa Festival Float Event (川越氷川祭の山車行事) is a traditional event held every year in Kawagoe, a city of Japan’s Saitama Prefecture.
This festival is over 370 years old and a remaining Edo (old Tokyo) styled festival.
Kawagoe Festival still preserves characteristics of Tenka festivals, which cannot be seen in current Tokyo anymore, and reminds you of the then Edo atmosphere through everything that you see and

Its highlight is a parade of dashi (山車), about 8-meter-tall floats that are brightly decorated and carry life-sized dolls on the top.
A group of musicians ride on the floats, playing the traditional hayashikata (囃子方) music.
During the festival the floats compete with each other in spectacular performances.

But why did dashi of Edo disappear from Tokyo, and what are the origins of the Kawagoe Festival?

Kawagoe’s Hikawa-jinja Shrine, a Shinto shrine founded about 1,500 years ago, is where the story of the Kawagoe Festival begins.
Like most Japanese shrines, it holds an annual ritual called Reitaisai (例大祭) on October 14 every year.
In the year 1648, the Kawagoe Castle Lord Nobutsuna Matsudaira ordered the start of a festival, donating a mikoshi (portable shrine used during festivals) and other ritual implements to the shrine, to help boost the local economy. 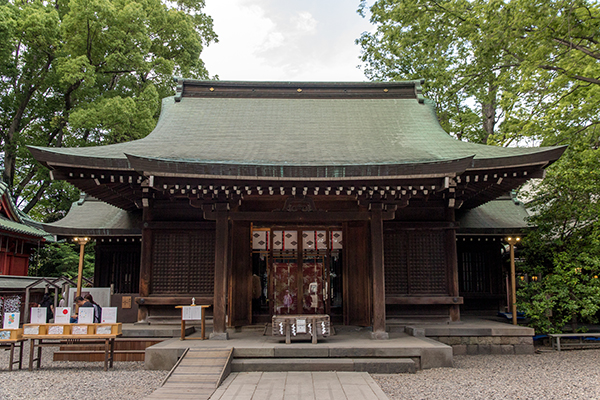 Three years later, by order of Nobutsuna Matsudaira himself, the shrine began holding an event called Jinkosai (神幸祭).
During the Jinkosai the portable shrine was carried through the neighborhoods surrounding the shrine, followed by a magnificent procession of local leaders.
This is the ancestor of the Float Event of Kawagoe Festival. 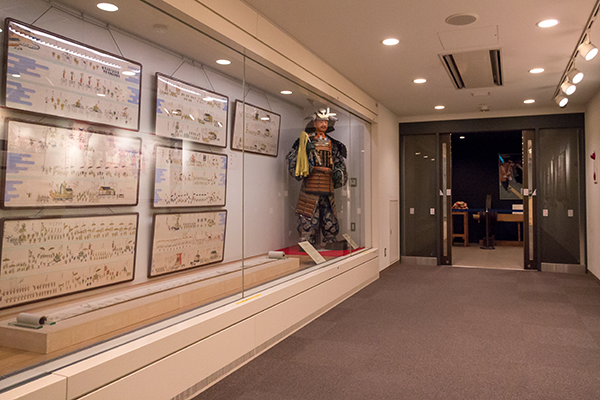 Depictions of the ancient Hikawa Festival

Two major festivals officially approved by the Edo shogunate were held in Edo: the Sanno Festival of Hie-jinja Shrine in Akasaka and the Kanda Festival of Kanda-myojin Shrine in Kanda.
The Tokugawa Shogun, referred to as Tenkabito in the Edo period, supported these festivals and had them held within the castle grounds. From this they took the name of Tenka festivals.

In 1826 the dashi floats influenced by these festivals were introduced in the Kawagoe Festival, as well. About twenty years later, all the floats were unified into the same form, a single-pillar style float with large dolls placed on top. Each of the ten neighborhoods of Kawagoe had a representative float and their grand parades can be seen depicted in picture scrolls of the period.

The Edo Tenka festivals also started introducing hayashi, which consists of five musicians including a flutist and a drummer, and Edo-bayashi, which accompanies the lightsome dancing. Influenced by Edo, the Kawagoe Festival introduced Edo-bayashi performances, as well.

The Edo-style dashi floats kept evolving, adopting the more gorgeous two-story construction in later years that we can see today. 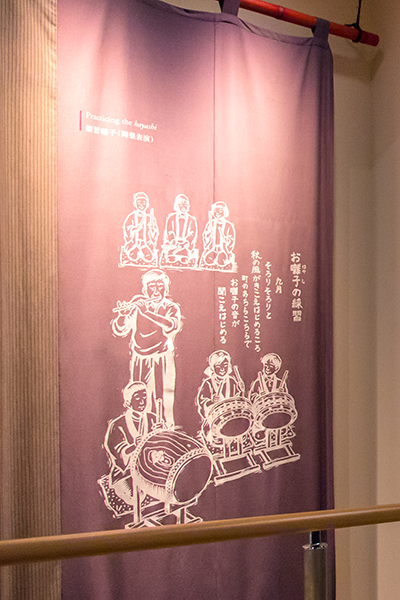 In the present day the Kawagoe Festival is held on the third Saturday and Sunday of October. It now features 29 dashi floats that represent various neighborhoods. The two-day event includes Yoiyama, Dashi Parade, and Hikkawase as well as Jinkosai Procession of Hikawa-jinja Shrine that is the origin of the Dashi Parade. 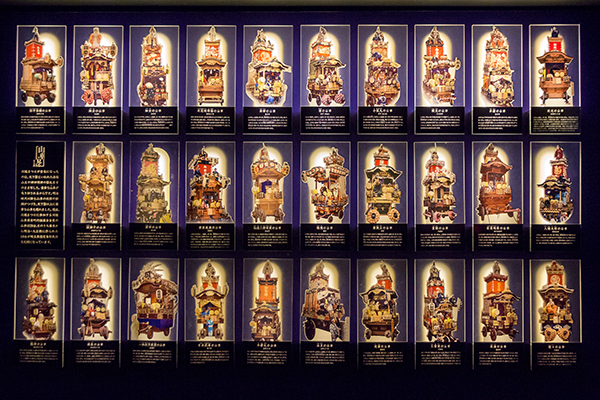 The 29 dashi currently participating in the Kawagoe Festival

The exhibition also features scrolls and artifacts that document the history and evolution of the festival, audio samples of the hayashi music and detailed information about the event’s workings. If you want to enhance your understanding of the festival, this is a great place to visit.
There are English explanations. 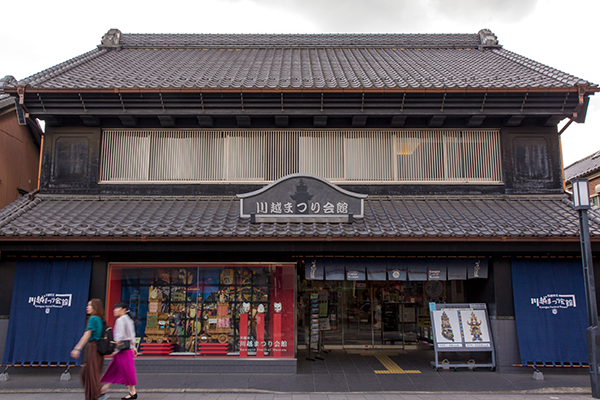 The Kawagoe Festival Museum
About Kawagoe About Kawagoe
Kawagoe is a city in Saitama, a prefecture located north-west of Tokyo. From the Edo period, Kawagoe was an important town and a logistic hub that supplied various goods to Edo (the current Tokyo). The supplies were kept in fireproof storehouses called kura (蔵).
Many of these buildings are still used for shops and can be seen in Kawagoe today, making it reminiscent of a town in the Edo period.
This gained the town the nickname “Koedo” (“Little Edo”). 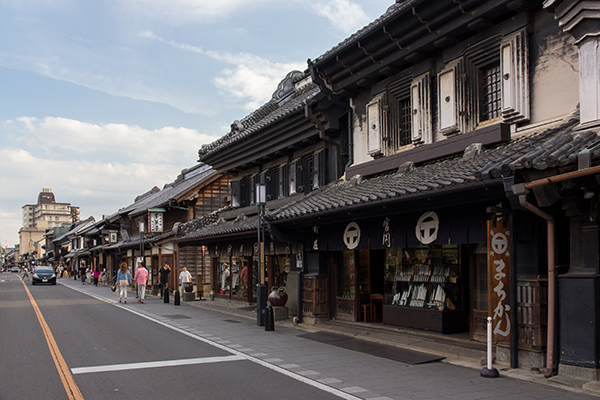 The main attraction of Kawagoe is townscape of kura-zukuri.
Here are most of the traditional buildings as well as the famous bell tower Toki no Kane, considered one of the symbols of Kawagoe. 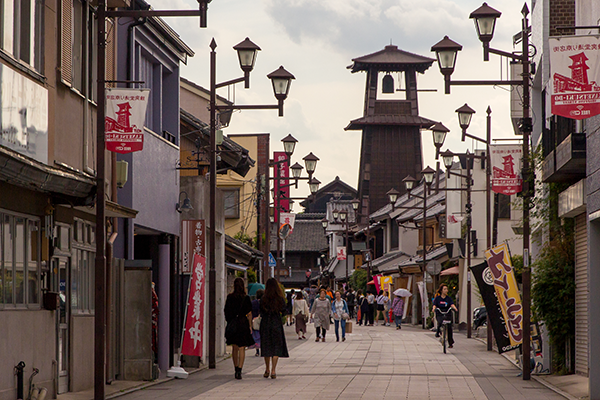 The old buildings of the kura-zukuri building district have been preserved and now host shops, cafes, museums and other establishments.
Here visitors can shop for traditional crafts and enjoy many local specialties like eel and sweet potato, as well as local craft beer and sake.
Another popular spot is Kashiya Yokocho Alley, or Candy Alley, a small side street with a retro vibe lined with vendors of Japanese snacks and candy. 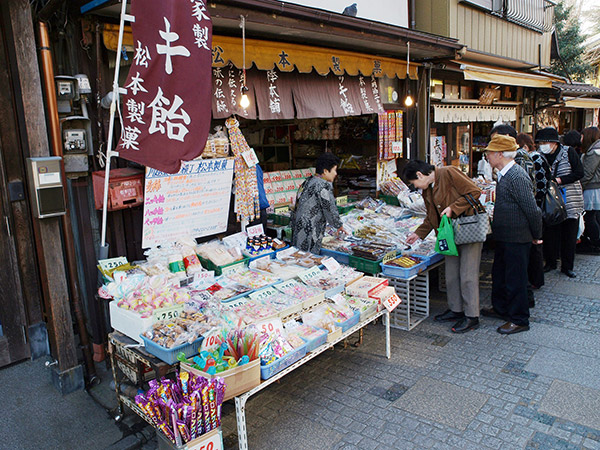 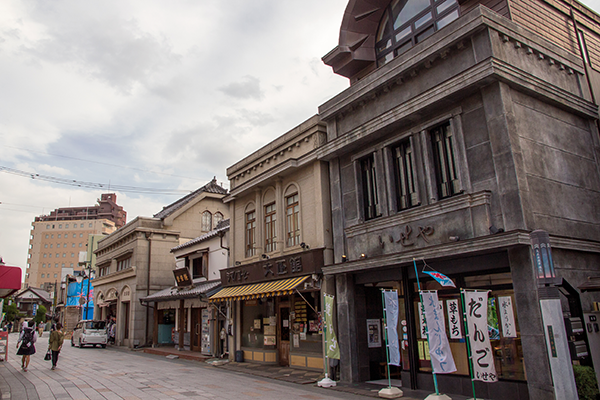 Kawagoe is also known for its many shrines and temples. Among them, the Kita-in Temple is particularly famous for housing remains of the former Edo Castle, as well as 540 stone statues of the disciples of Buddha, which are called “500 Statues of Rakan.”
From the reporter From the reporter
When I listened to the story of the local people that the festival is an opportunity to value the invisible past and pass on the heritage to the next generation, I felt it is the same in our daily life. Surprisingly, Kawagoe-matsuri is increasingly the number of floats and expanding the scale of the festival.
It has been preserved since the Edo period and continues to develop even now. How fantastic!
I felt that the more you learn hidden stories behind the gorgeous festival, the more you can enjoy Kawagoe-matsuri!

We did interviews with experts about Kawagoe Matsuri, including highlights of the festival and peoples’ feeling for the festival, at Kawagoe Festival Museum.